Port Vale Supporters Club have announced a paid membership section with exclusive benefits plus a chance to win a Paine Proffitt artwork.

Port Vale supporters are to be given a fantastic opportunity to own their very own piece of original Paine Proffitt artwork (below). 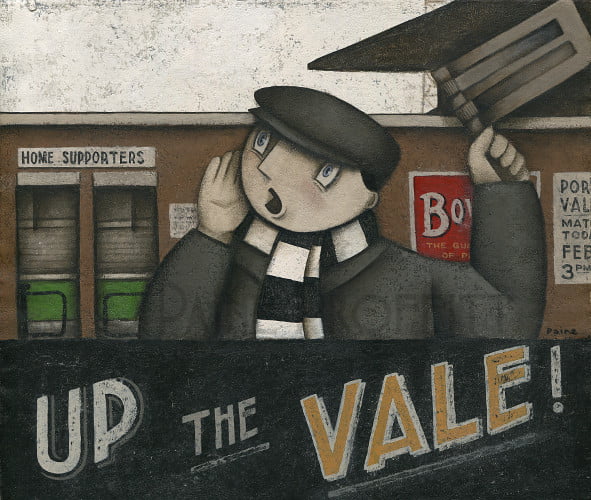 This season, Port Vale Supporters Club is launching a paid membership section, costing £3, alongside its free membership. Supporters signing up to the annual scheme will receive a membership badge and access to online polls. The first 250 fans signing up will be entered into a draw to win the Paine Proffitt artwork.

Malcolm Hirst, Vice-Chair of the Supporters Club, said “we are grateful to Paine for his kind and generous offer to help the Supporters Club as it seeks to engage with fans. The artwork and badge are both superb pieces of creativity. Vale fan Jon Parker designed this season’s badge.