A talented keeper who was signed from Southampton. 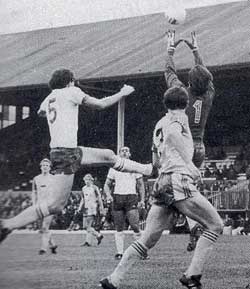