However, he made only a total of three appearances for the Valiants, all of them as a substitute, before being released by new Port Vale manager Brian Horton.

He later returned to Scotland where he joined Raith Rovers and Stirling Albion. 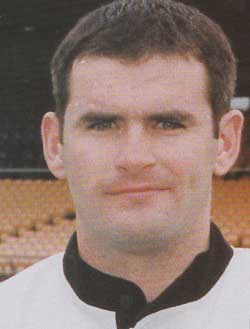