Our thanks to Alan Heath for providing these images. 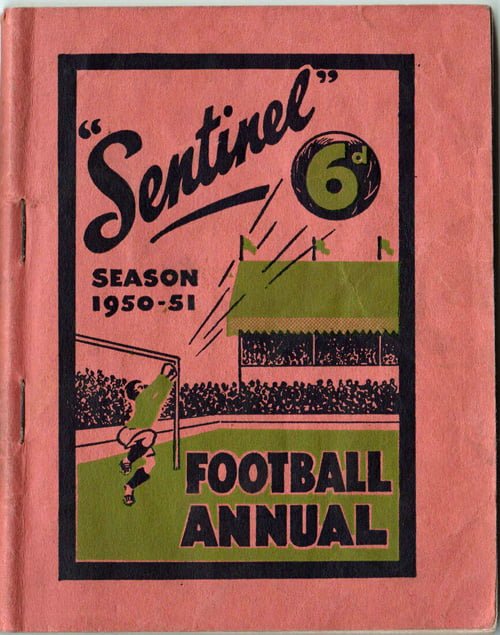 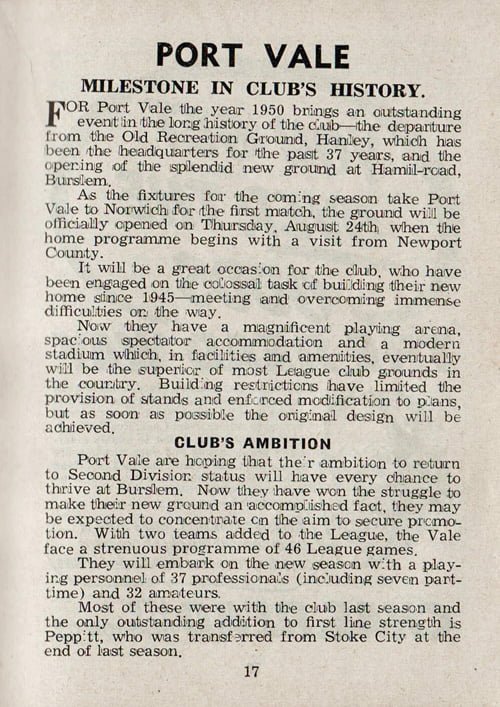 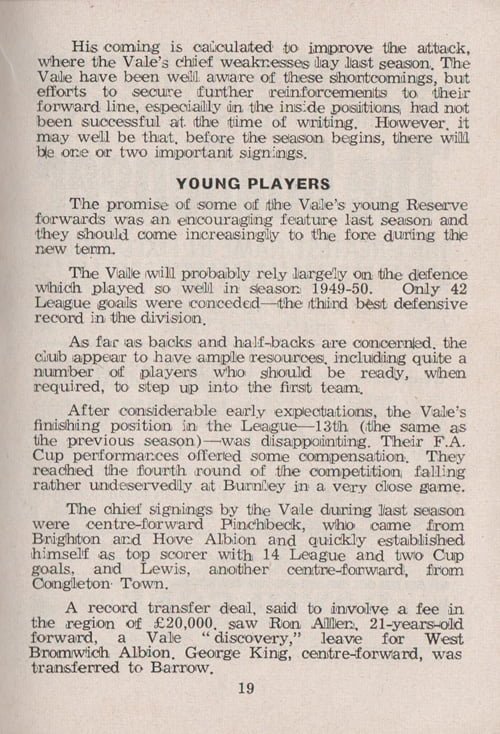 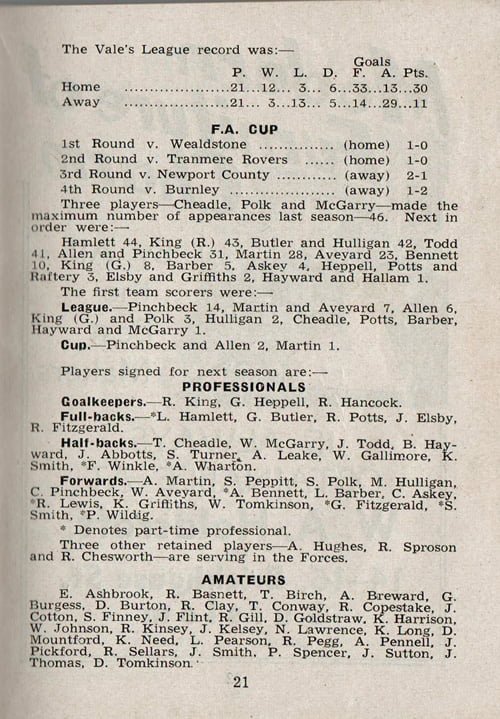 How the season went…

Well, Vale won their first game at Vale Park with Walter Aveyard scoring in a 1-0 win over Newport County. The much-heralded Syd Peppitt failed to have much of an impact, scoring just three times in eleven appearances. In contrast, Cliff Pinchbeck finished as top-scorer with 19 goals as the side finished in twelfth place in the Third Division South.

November saw club legend Roy Sproson made his debut for the club while Bill McGarry was sold to Huddersfield (and he would later play for England).

In the FA Cup, Vale were handed their first Potteries derby game since 1933 as they drew neighbours Stoke City in the third round. Vale drew 2-2 at the Victoria Ground, but lost the replay 1-0 in front of a crowd of 49,500 at Vale Park.

The season ended on a sad note. Manager Gordon Hodgson was suffering from “illness” (later revealed to be cancer) and he sadly passed away during the summer of 1951.