We take a look through the pages of a programme from a Stoke City versus Port Vale derby game from 1954. 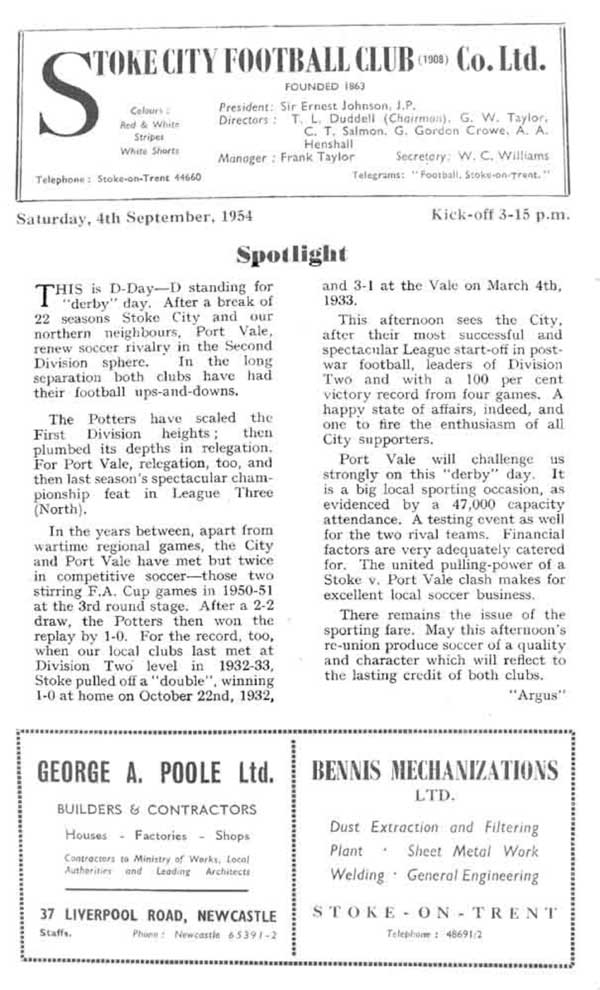 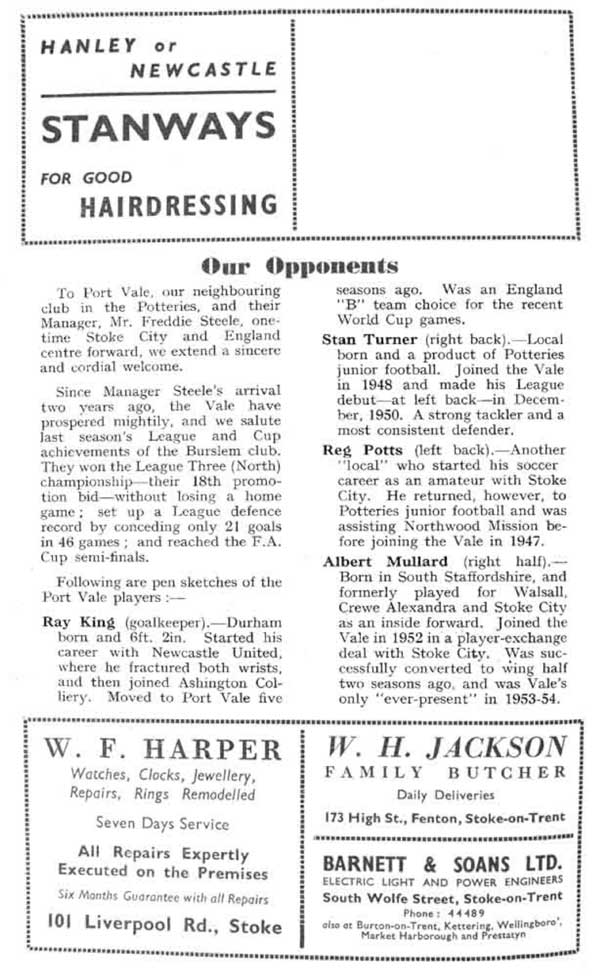 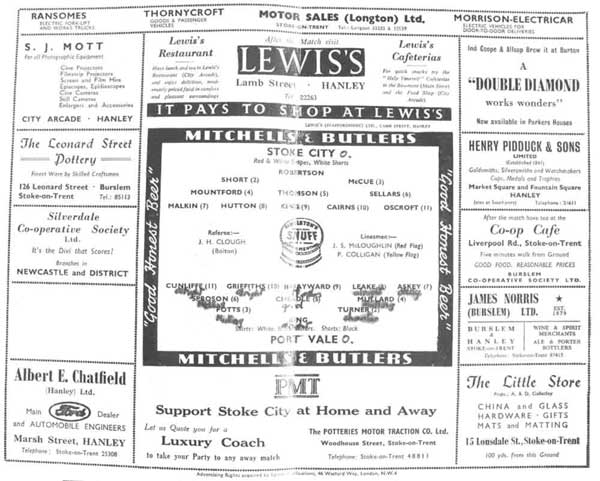 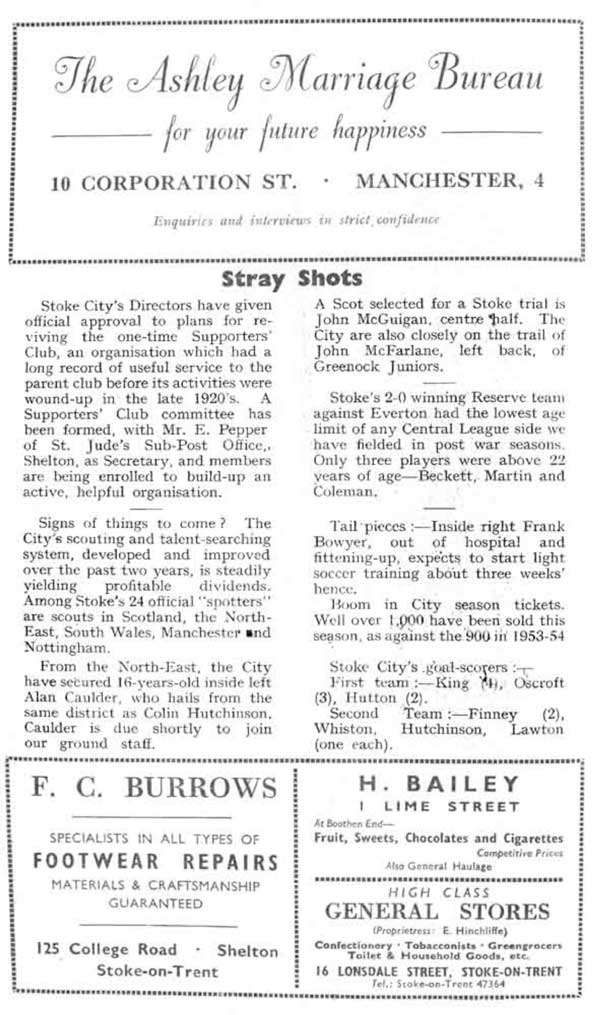 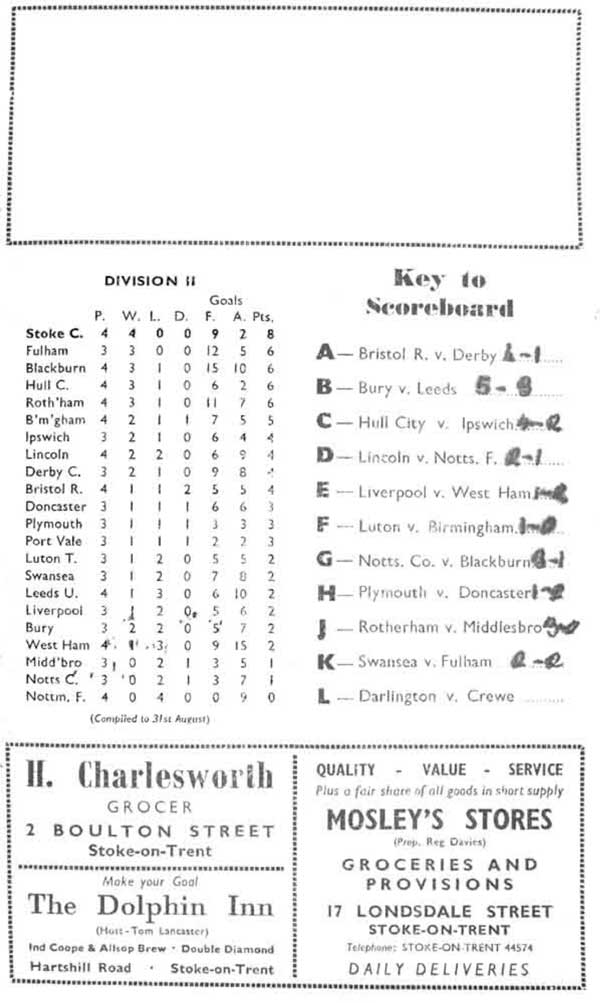 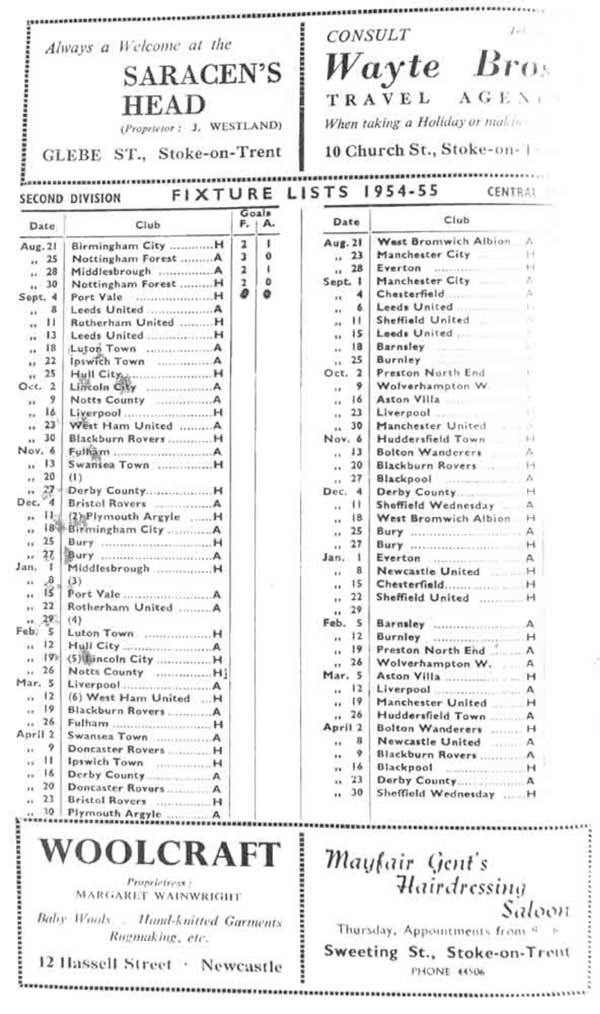 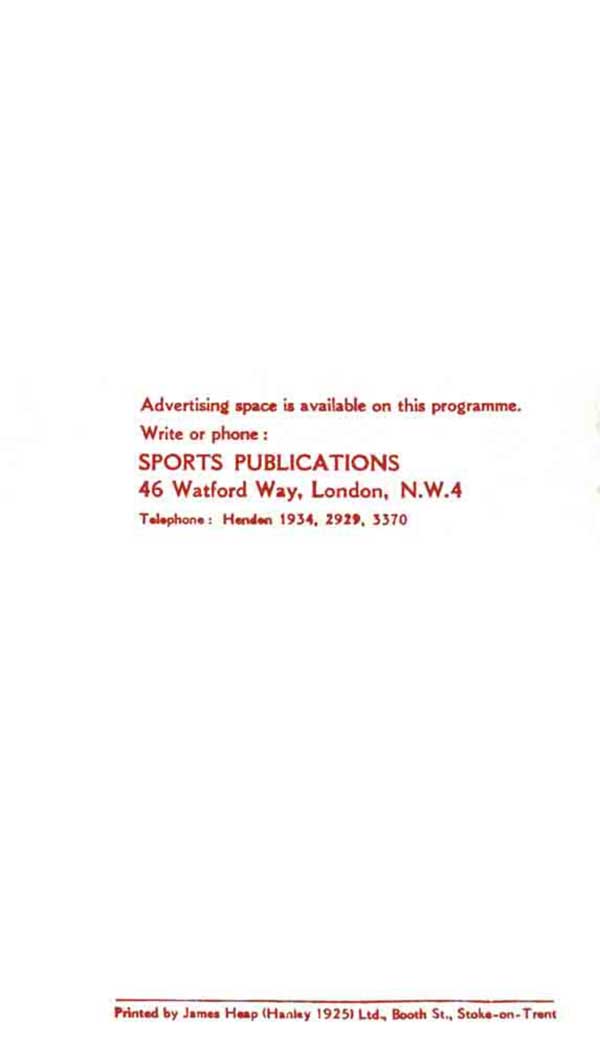 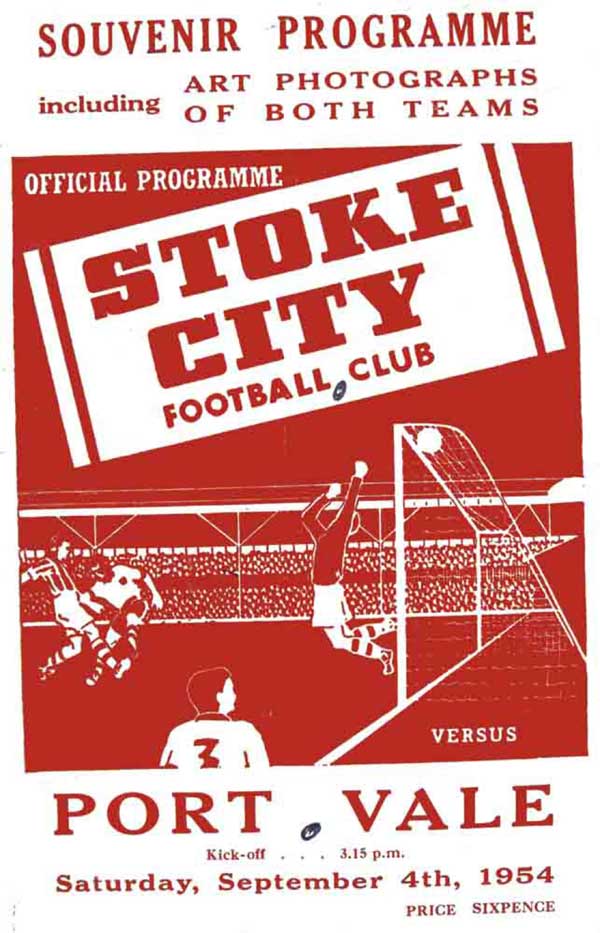 Thanks to Stuart Dean for this programme.