The adventures of the trawler Port Vale

Not many Vale fans are aware of the trawler “Port Vale” which was in service for almost thirty years. It’s a remarkable story…

The company’s logo on a railway wagon

Grimsby’s Consolidated Fisheries had a novel approach to boat names. From the 1930’s onwards ships were given over thirty football team names including Blackburn Rovers, Notts County, Wolves and Real Madrid. The fate of the ships is interesting enough to warrant its own article – the Nottingham Forest boat was broken up for spares, the Spurs boat developed boiler trouble while poor Notts County was sunk by a German U-boat. However, this is the story of their boat GY484 otherwise known as… Port Vale!

Built in 1957, Port Vale was a trawler that travelled out of Grimby and fished the North Sea. Former fisherman Michael Sparkes worked on Port Vale and he told the Grimsby Telegraph: “She was one of the “football ships” of her class that were owned by Consolidated Fisheries. They began their fishing life steaming mainly to the middle water grounds, but later proved themselves capable ships, fishing deep water. 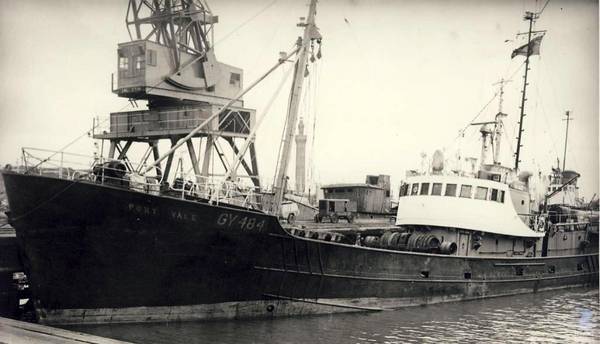 “On the first trip I went on we sailed to the notorious Faroe bank, where some of the best cod in the world could be found, along with big halibuts.”

So far, so good, but there was drama to come because Port Vale was to play a role in the infamous Cod Wars – a series of confrontations between Britain and Iceland.

The conflict revolved around the right to fish in Icelandic waters and involved numerous confrontations between ships from the two countries.

At first, Port Vale’s crew had reason to be grateful for the Icelandic presence. In 1974, the Times reported, under the headline “BRITISH TRAWLER’S CREW RESCUE” that “all 18 men on board the Grimsby trawler Port Vale were rescued after their vessel ran aground off the east coast of Iceland in a gale last night. The rescue was made by an Icelandic rescue team. Its leader said the weather had been terrible, with a dangerous surf.” 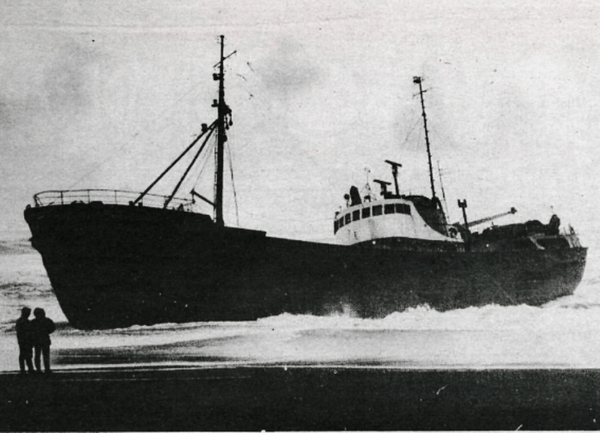 Port Vale aground on the east coast of Iceland

The Grimsby trawler Port Vale was escorted from the North Cape of Iceland by the Icelandic coastguard vessel Ardvakur today...

However, the Port Vale were soon to encounter the Icelanders again, but this time under far more worrying circumstances. The Times reported in 1975 that “ICELANDERS FORCE LONE SKIPPER BACK TO FLEET” in an incident that led to the Port Vale being escorted away from Iceland after having its catch taken away. The article states:

“The Grimsby trawler Port Vale was escorted from the North Cape of Iceland by the Icelandic coastguard vessel Ardvakur today after her trawl had been cut.

The Ardvakur, a small armed tender, stole up in darkness on the Port Vale while she was within the 50-mile limit; the coastguard ship pretended to be a trawler by carrying a trawl light on her mast.

The trawl cutting was the price paid by her skipper, Mr John Rimmer, for refusing to join the main British trawler fleet off south-east Iceland. For several days the Port Vale had fished alone and unprotected off the north-west coast more than 200 miles from the safety box designated by Mr Taff Davis, the commander of the British Goverment’s defence ship Star Aquarius.

The British operations off the south-east coast have been deterring the Icelandic gunboats, though one Icelandic trawler, with Nordic bravado, sailed across the bows of the ocean-going defence tug Lloydsman and the Government support ship Miranda just before midday.”

That dramatic encounter proved to be the last of Port Vale’s Grimsby dramas. Three years later, in 1978, she was purchased by Colne Shipping Company of Lowestoft. She lost the moniker “Port Vale” and became simply LT309.  In 1981, she was relegated to “standby duties” and in 1987 she was sold for scrap. She was finally broken up at Milton Creek in Kent in 1987. 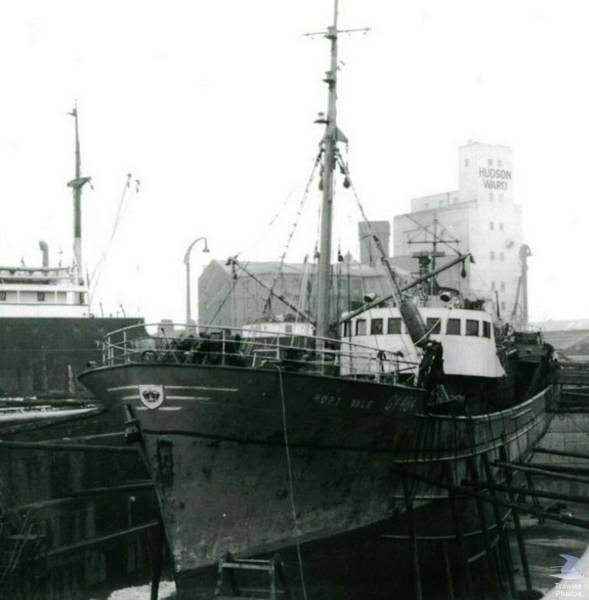