In the fourth of a series of special OVF features to mark the build-up to the unveiling of the long-awaiting Roy Sproson statue, here’s an article from 1970 celebrating Roy Sproson making 750 appearances for Vale.

The feature was published in a special booklet celebrating Vale’s promotion (you can take a look at that booklet here and here) in 1970. Roy would go on to make a total of 842 appearances (837 starts plus 5 sub appearances) before bringing an end to his magnificent Vale playing career. 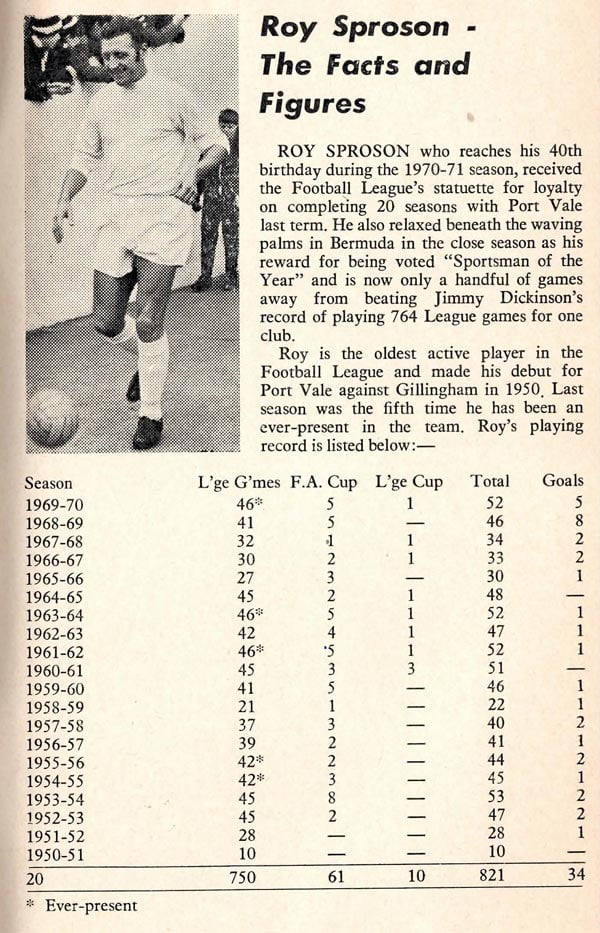 The Sproson family produced three Port Vale players who totalled 1370 appearances for the club, a feat that is unlikely to be repeated in the modern game. Eleven years ago, the Sproson Fund was set up with the intention of unveiling a statue of Roy Sproson (842 appearances for the club) at the ground and the statue is finally set to be unveiled on the 17th November 2012. To celebrate this special event, OVF is producing these features in the run-up to the statue being officially unveiled.

Which are the players with the most appearances for Port Vale?