The newspaper article backs up research by well-known Port Vale historian Jeff Kent who found no evidence of the club being founded in 1876 and has stated that he believes the club was more likely to have been founded in 1879. To back up his claim, Kent has also found a quote from Port Vale chairman Robert Audley writing in 1907 that the club was “an organisation of twenty-eight years standing.”

Here are our reproduction of the pages from the Golden Penny newspaper- and below these we have produced the full text of the article for you to read.

Our thanks to Port Vale supporter Ray Shaughnessy for providing this news clipping.

The pages are reproduced below: 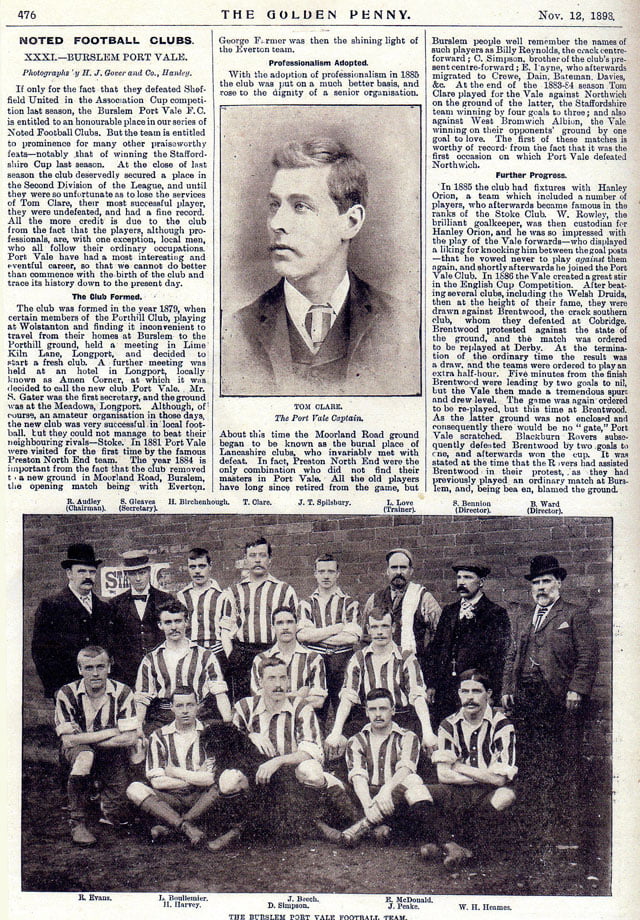 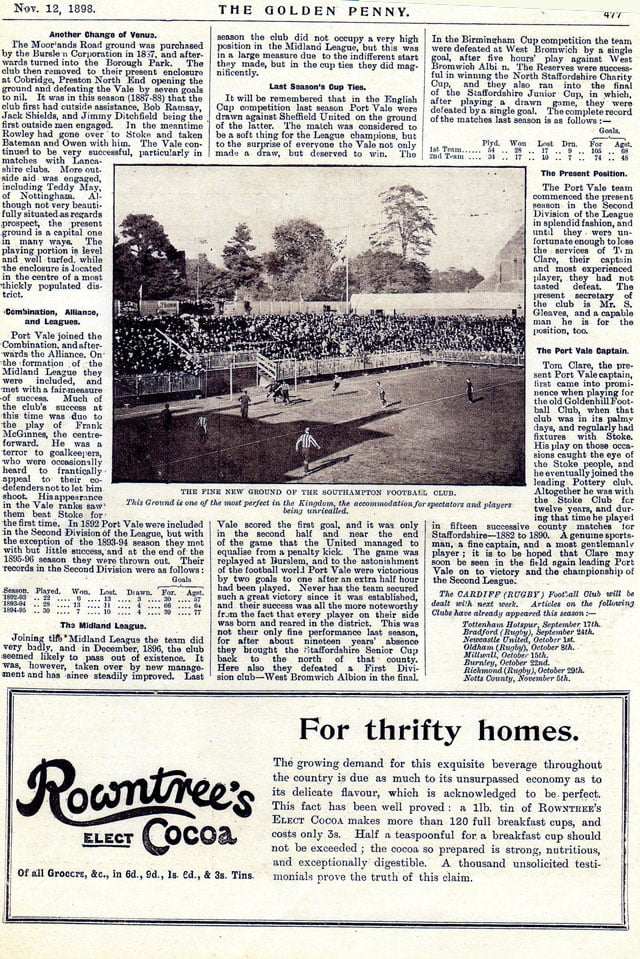