We have produced the front and back of the cards for you to look at. When the text is difficult to read, we have reproduced it below the image. 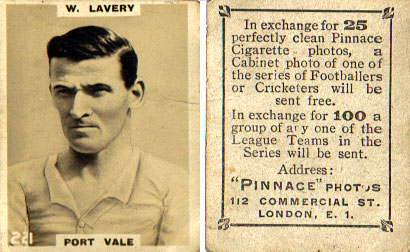 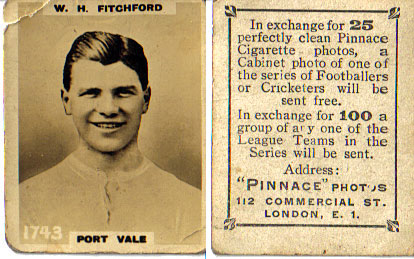 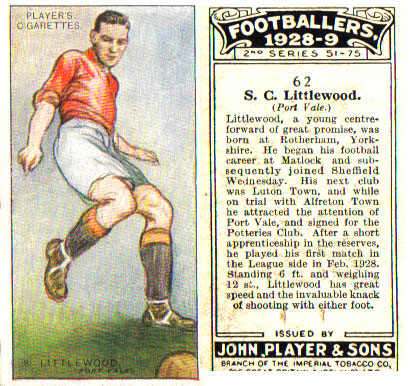 Stewart Littlewood – text reads:
“Littlewood, a young centre-forward of great potential was born at Rotherham, Yorkshire. He began his football career at Matlock and subsequently joined Sheffield Wednesday. His next club was Luton Town and while on trial at Alfreton Town he attracted the attention of Port Vale. After a short apprenticeship in the Reserves, he played his first in the League in Feb 1928. Standing 6ft tall and weighing 12 st Littlewood has great speed and the invaluable knack of scoring with either foot.” 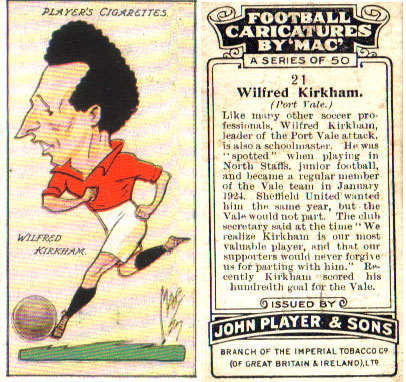 Wilf Kirkham – text reads:
“Like many other soccer professionals, Wilfred Kirkham, leader of the Port Vale attack is also a schoolteacher. He was ‘spotted’ when playing in North Staffs junior football and became a regular member of the Vale team in January 1924. Sheffield United wanted him the following year but the Vale would not part. The club secretary said at the time ‘We realise Kirkham is our most valuable player and that our supporters would never forgive us parting with him’. Recently Kirkham scored his hundredth goal for Vale.” 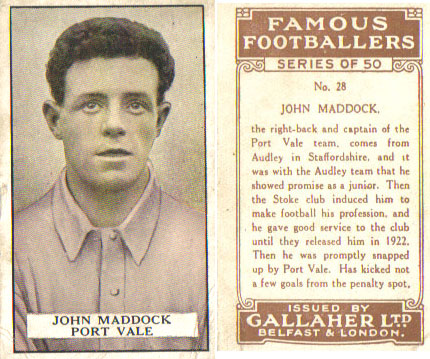 John Maddock – text reads:
“The right back and captain of the Port Vale team comes from Audley in Staffordshire and it was with the Audley Town team that he showed promise as a youngster. Then the Stoke club induced him to make football his profession and he gave good service to the club until they released him in 1922. Then he was promptly snapped up by Port Vale. Has kicked not a few goals from the penalty spot.” 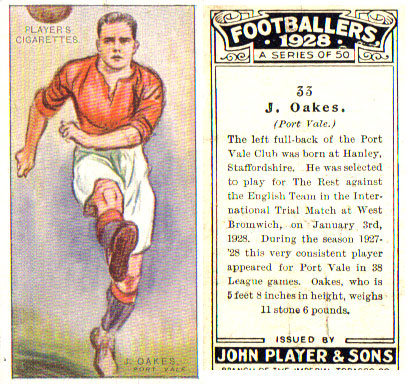 Jimmy Oakes – text reads:
“The left fullback of the Port Vale Football club was born at Hanley, Staffordshire. He was selected to play for the Rest against the England Team in the International Trial match at West Bromwich on January 2nd 1928. During the season 1928-29 this very consistent player appeared for Port Vale in 28 league games. Oakes who is 5 feet 8 inches in height weighs 12 stones 5 pounds.” 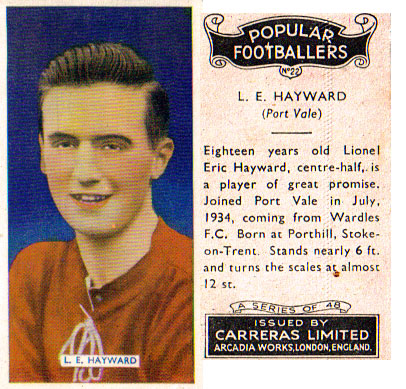 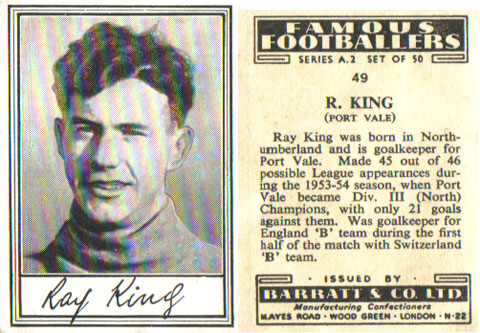 Ray King – text reads:
“Ray King was born in Northumberland and is goalkeeper for Port Vale. Made 45 out of 46 possible league appearances during the 1953-54 season when Port Vale became Div III (North) champions, with only 21 goals against them. Was goalkeeper for England ‘B’ during the first half of their match with Switzerland ‘B’ team.” 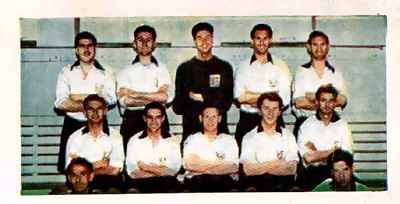 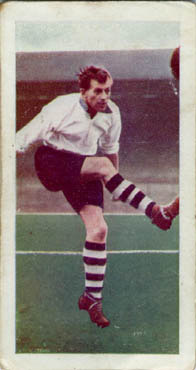 The following cards where kindly provided by Leigh Briscoe, who is the grand-daughter of Billy Briscoe, featured in several of the cards below: 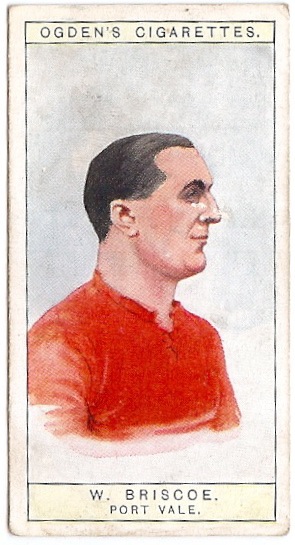 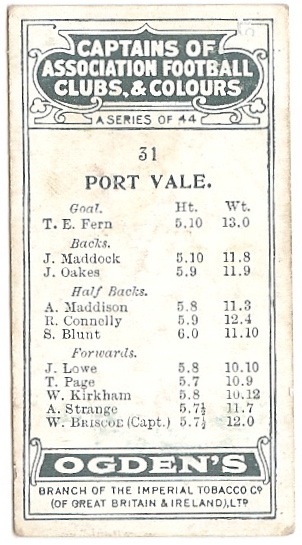 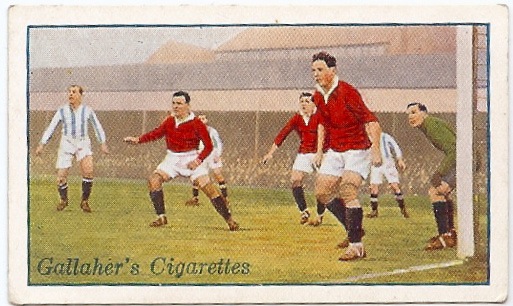 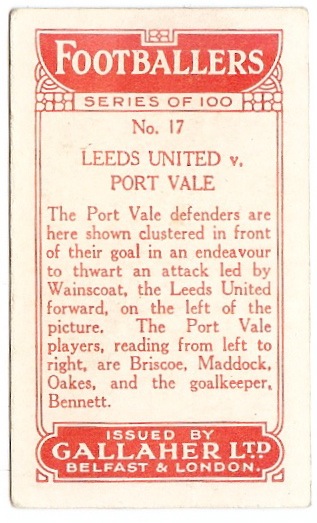 Leeds Utd v Port Vale text reads: The Port Vale defenders are shown here clustered in front of their goal in an endeavour to thwart an attack lead by Wainscoat, the Leeds United forward, on the left of the picture. The Port Vale players, reading from left to right, are Briscoe, Maddock and the goalkeeper, Bennett.
A Port Vale fan since 1980, Rob created and has run the onevalefan website since 1996.