Match report from the BBC

Port Vale lifted the LDV Vans Trophy after spending much of the match frustrated by a battling Brentford side.

But in the dying moments Vale were hanging on as Brentford threw everything forward in an effort to take the game into extra time.

Late substitute Mark McCammon should have done better with a header – his first touch of the game.

And Lloyd Owusu failed to find the target with the last touch of the game when he headed wide from Olafur Gottskalksson’s overhead kick, the Brentford goalkeeper having joined the attack in injury time.

As in the league meeting between the teams only eight days earlier, Brentford raced into the lead within minutes of the start.

Dobson ghosted into the penalty area climbing above Neil Brisco to head home a corner beyond Mark Goodlad.

However from that moment on Vale’s five man midfield over-ran Brentford and Dave Brammer was instrumental as the midlanders looked for a way past the Bees backline.

Brammer had the first effort on goal but his long-range effort deflected wide.

Bridge-Wilkinson hooked Vale’s best effort of the first half wide from a Naylor pull back on 20 minutes.

And in the second half Naylor peppered the Brentford goal only to be denied an equaliser by a debatable off-side call, which further frustrated Vale as Ray Lewington’s men rode their luck.
However that luck was to run out when Darren Powell brought down Naylor on the edge of the area.

Referee Jones pointed to the spot and Bridge-Wilkinson made amends for his first half miss and sent Gottskalksson the wrong way.

Moments later Naylor was on hand to make a nuisance of himself again and force another mistake from a Brentford defender.

When Gavin Mahon dwelt on the ball Naylor stepped in to steal possession before setting up the winner.

The ball was squared to Brooker who picked his spot to to give Vale a deserved lead which they held onto to despite Brentford’s best efforts in injury time.

Well, Vale didn’t lose but could have. I nearly lost my voice but didn’t.

But I did lose my precious Port Vale scarf and that was on purpose.

I’ve been wearing my Vale scarf for 20 years now – or at least I was. But at the end of a game in which the players had worked so hard, I wanted to give something back…

So off went my precious scarf, which has been my constant companion at so many Vale games. I flung it to the players and it was picked up by Mark Grew who put it round his neck.

But Vale deserved it today. The team was magnificent and made me very proud.

So when you see those pictures and see an old tattered scarf round the coach’s neck I hope it shows just how much that victory meant to one Vale fan.

Walking up the steps to view this towering stadium, one soon realises what an awesome sporting venue the Millennium stadium is and how much it puts the crumbling old Wembley, the scene of Vale’s other cup triumph, to shame.

A Welsh male choir were on the pitch prior to the match and their massed voices soared up to the lofty rafters.

It was awe-inspiring and the stadium roof nearly came off when the ranks of Welshmen broke into the Vale and Elvis anthem “The Wonder of You”.

Fans joined in and it was a truly unforgettable Vale moment as the sound of thousands of voices filled the stadium. With this superb build-up, we needed a match to match this drama.

And initially Brentford did not fail to deliver.

Brian Horton may have named his tried and tested formation of recent months, but the defence played like strangers as they gifted Brentford a goal after just four minutes.

Just like the earlier league match at Griffin Park as the Bees took the early advantage. But surely Vale wouldn’t get a late penalty to deny the Bees victory?

In the first half Vale had flattered to deceive. Despite a series of corners and a Brammer shot actually breaking the net (unfortunately it was via the side netting) the Valiants had failed to truly test the Brentford keeper. However, Brentford fared even worse in the Vale box, as apart from their goal, they failed to have one worthwhile effort on the Vale goal.

The second-half began in similar manner as Vale dominated possession. However, this time they were looking much sharper in and around the Brentford box. Brooker was having a marvellous game upfront and Smith and Brammer were causing the Bees defence no end of problems.

Eventually waves of pressure by the Valiants resulted in a penalty as Tony Naylor was hauled back on 77 minutes. Marc BRIDGE-WILKINSON stepped up and just like the league game against Brentford, he made no mistake from the spot to bring the scores level.

Vale had completely dominated the second half until now with Brooker and Brammer outstanding.

Eight minutes after drawing level, the Vale attacked again, Tony Naylor robbed the defender and set up his strike partner on the edge of the box. BROOKER made no mistake as he thundered the ball into the net to put Vale’s hands on the trophy. It was the most painful goal I’ve seen live- in celebrating I smashed my hand on the seat in front.

With six minutes remaining Brentford threw everything at Vale (including their goalkeeper upfront) but it was to no avail as the Valiants gained a deserved victory.

A brief word on Brentford for whom Scott Partridge and Darren Powell were outstanding. Their fans too deserve a huge hand for their spirited support of their heroes and it must be truly galling to lose. But it takes two teams to make a great game – and the Bees deserve praise for playing their part in a entertaining lower league game of the highest quality.

You can keep your FA Cup Finals and your Champions League games – for me this was one of the best moments in over 20 years of following Vale through thick and (mostly) thin times.

Despite being destined for relegation at the start of the year and with no fawning broadsheet journalists listening to our concerns about the vast number of games to be played (are you reading Mr Houllier of Liverpool?), Vale have quietly been working a miraculous recovery.

With an astonishing club-record equalling run, the Valiants have gained safety in the league and a cup for the trophy cabinet. All praise to Brian Horton and the coaching staff for a wonderful second half to the season.

If one signing has illustrated this new dawn at Vale it is the powerhouse that is Stephen Brooker.

Today, he belied his 19 years and experience of less than 30 first team games. He worked tirelessly and intelligently, linking up the midfield and attack, making runs down the channels, tracking back and winning the ball in the air.

His goal was fitting reward for a young lad who will go very far in this game and the laughable £15,000 fee may be the best money that Brian Horton has ever spent. He was without doubt the onevalefan LDV Vans Trophy Final man of the match at Cardiff. 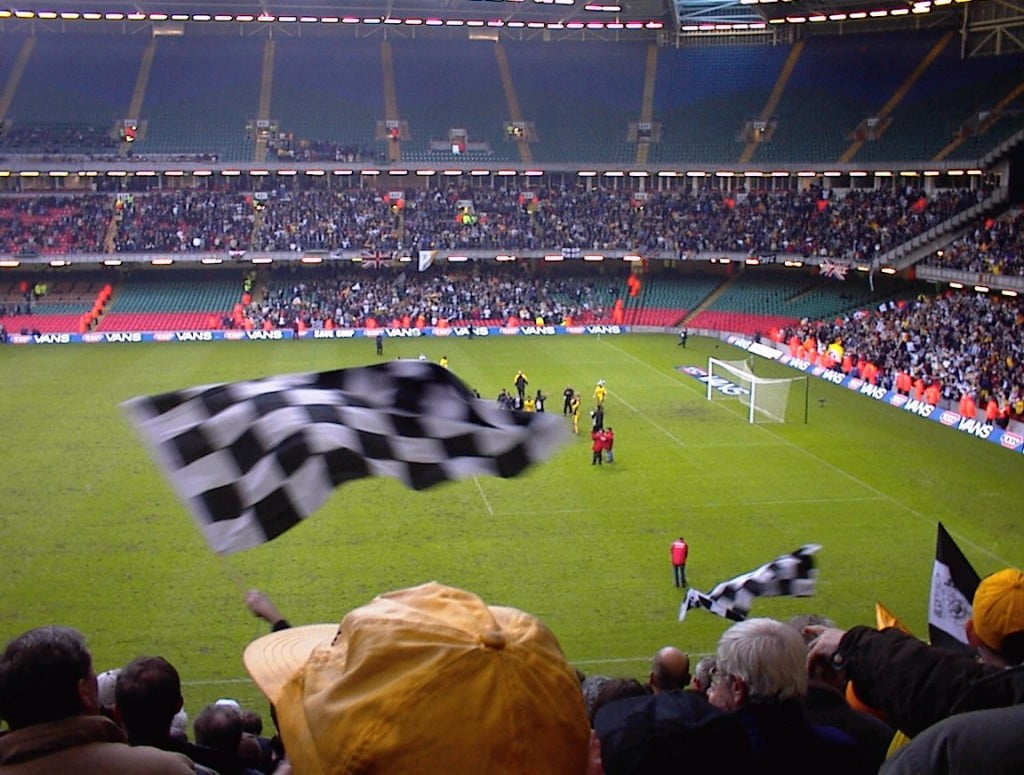 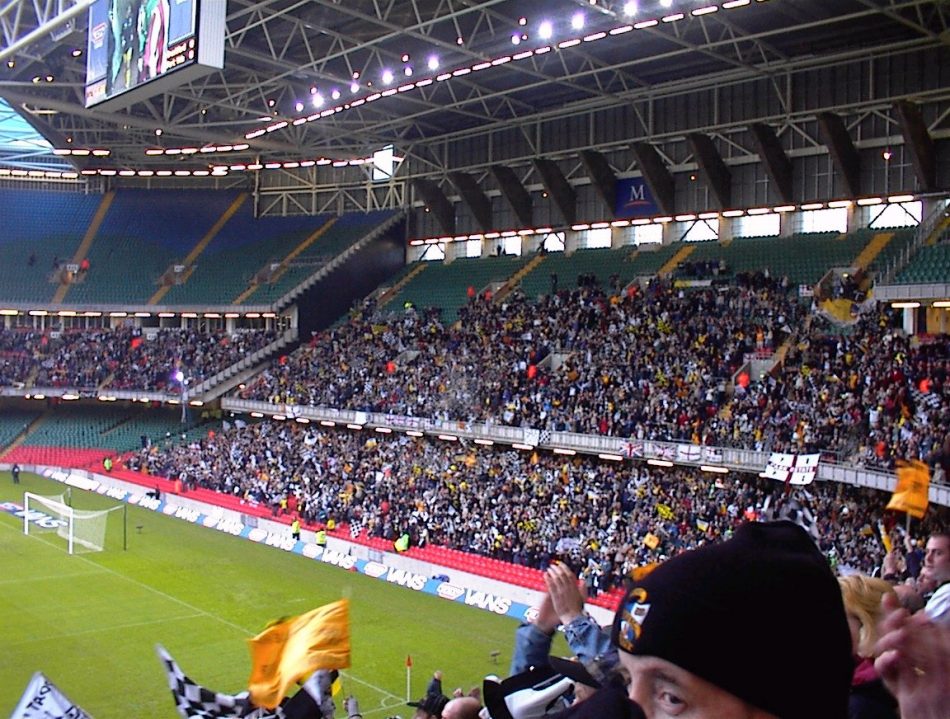 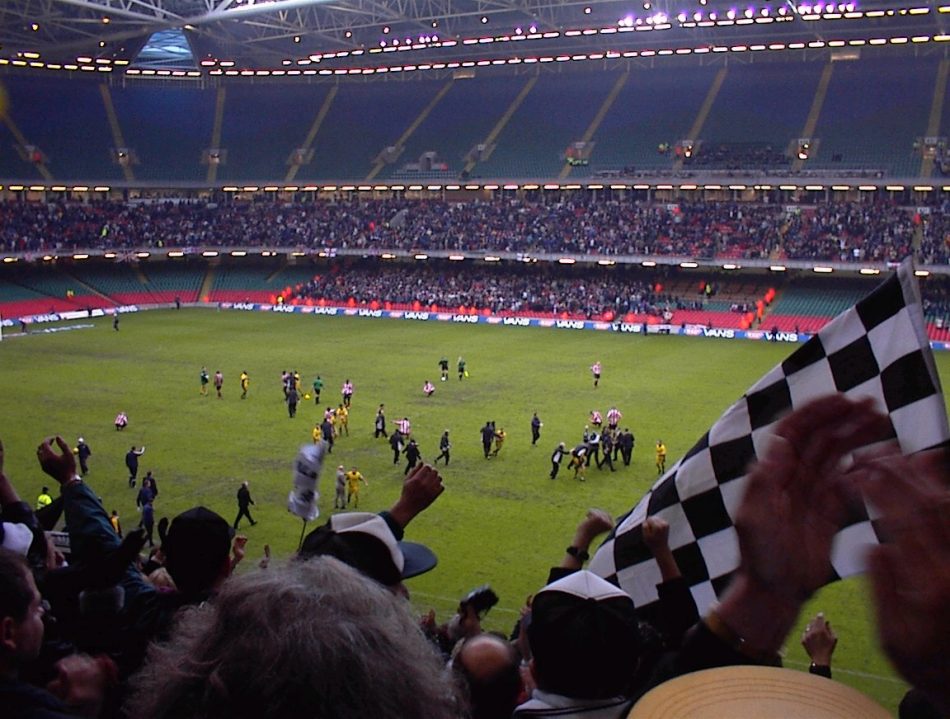 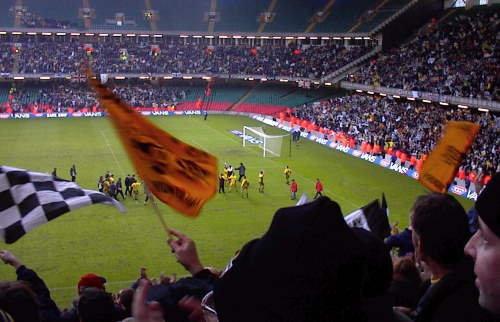 Thank you to Gerard Austin for several of these images

We have the entire game to watch on our YouTube channel. Watch it below: