John Nicholson was a courageous defender who was ever-present for four seasons in the 1960’s and a key member of some of Vale’s most memorable cup ties.

The Scouse defender joined Port Vale for a £2,000 fee in August 1961. He made his debut in 1–1 draw with Northampton Town at the County Ground on 2 September 1961, the first of a club record 208 consecutive appearances.

Nicholson was an ever-present in the 52 game 1963–64 season, and featured in the 0–0 draw with former club Liverpool at Anfield in the Fourth Round of the FA Cup.

He was dropped on 8 September 1965, bringing to an end to his record run of 208 consecutive games, and after protesting against this decision he was sold to Doncaster Rovers for £5,000 that month, in a move that outraged Vale fans.

Nicholson soon became a regular for Doncaster before a road accident claimed his life in September 1966. He was just 29 years of age. 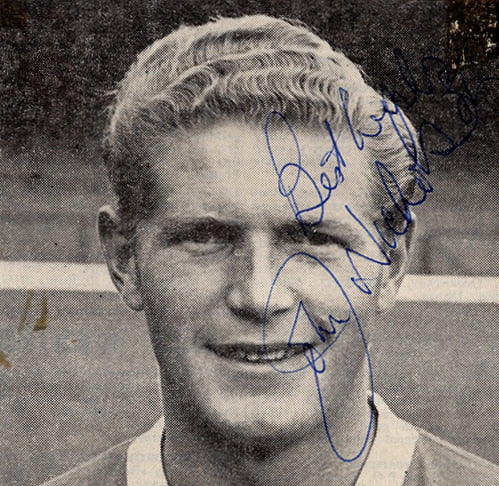